Vietnamese cashew is currently exported to 50 countries. Thirty per cent of total exports go to the United States, 25 per cent to Europe and 20 per cent to China. Domestic enterprises also imported around 700,000 tonnes of raw cashew to ensure supplies for processing and export, raising the total volume of processed cashew kernel last year to 1.2 million tonnes, the association said. 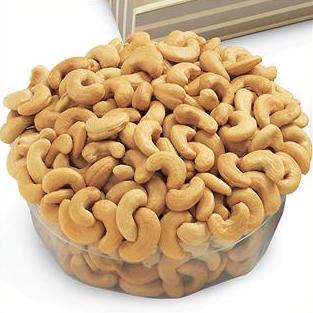 Such high figures make the cashew a staple agricultural export of Viet Nam, following rice, rubber, and coffee. However, Vinacas chairman Nguyen Duc Thanh forecast an array of difficulties in 2015, such as the depreciation of some foreign currencies which would probably affect exports, India and China's new cashew processing industries in Africa, and stricter hygiene and quality requirements.

To further expand markets, Vinacas plans to step up promotional activities in the US, help its member firms improve product quality and hygiene, and organise an international cashew conference this year. It targets 350,000 tonnes of cashew kernel exports and $2.5 billion in revenue in 2015. Ta Quang Huyen director of Hoang Son Limited Company in Binh Phuoc Province said last year, his company received many orders from the European Union and Australia. However, because of currency depreciation in those countries, this year importers in these markets have ordered less.